The Apple, the Watch and the Wardrobe

The Apple, the Watch and the Wardrobe 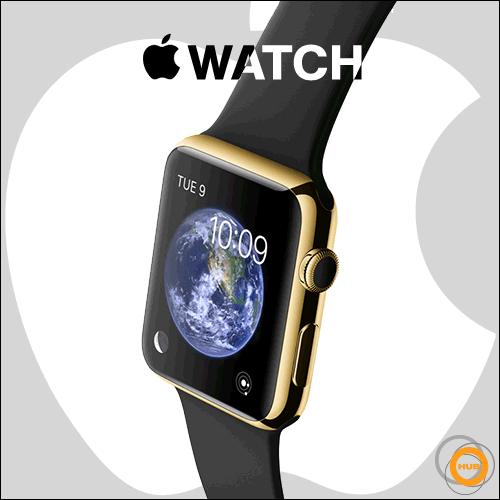 Earlier this month, Apple launched the latest version of the iPhone. Alongside the new iPhone, Apple also launched the newest of their products, the highly anticipated Apple Watch.

Will the latest Apple gadget follow in the footsteps of it's world-changing ancestors: break the competition and dominate the market? A week after the launch (but months before it actually hits the streets) and the Jury is still out.

Forgetting and dismissing all of the rumours of what the Apple Watch would come with, lets look at the base specs, and then find the nearest competitor to compare against.

The difference between the 3 models is: The material of the casing, the material protecting the display, and the band (which is interchangeable on the Apple Watch and Apple Watch Edition).

The Apple Watch is cased in polished stainless steel or space black stainless steel, with sapphire crystal over the display.
The Apple Watch Sport case is made from anodized aluminium in silver and space grey (think Mac Book look), making this model much lighter than the other two, and has Ion-X glass over the display.
The Apple Watch Edition case is crafted from 18-carat gold (available in yellow or rose gold), and the display is protected by sapphire crystal as well.
While the Apple Watch Sport lucks out with choice of bands (only the sports bands is available, but in a range of colours), the other two models have a selection of different bands to choose from that will suit most everyone.

Apart from this, the 3 models are identical in features and technology.

The Apple Watch will allow you to receive notifications, as well as send and receive messages, phone calls and e-mail all through the device's User Interface. A new level of communication is added through the new Digital Touch feature, which allows you to share a sketch, a tap, or a heart-beat with another Apple Watch user - which they can view or feel (as is the case for a tap or heart-beat). The Apple Watch also features an integrated fitness tracker to monitor your movements and activity (or lack thereof), and can help you to set and achieve your fitness goals.

The Apple Watch, as we've come to expect from Apple, has been designed to be intuitive and easy to use. The face of the watch is touch-screen that functions just like touch-navigation on other Apple devices, but also has new ways to get around. On the side is the "Digital Crown", which allows you to control the zoom of the display and doubles as the home button. On the bottom of the watch is the recharge contact point, as well as sensors that can detect your pulse, and a vibration unit that allows the watch to let you know when something needs your attention...and you can use Apple's voice command platform: Siri.

From our perspective one of the most exciting features of the Apple Watch is Apple Pay, a new generation of tap-and-go payment technology. Apple Pay is part of iOS 8, and is also on the iPhone 6, but having an Apple Watch will not only save you the need to carry credit cards, it will also save you having to even get your phone out! The system launches in the US first and we expect it here in Australia some time later in 2015 - as one of Australia's leading providers of e-commerce and m-commerce systems, here at Hub Com Digital we can't wait for it!

Perhaps what lets the Apple Watch down however is that the device must apparently be tethered to an iPhone 5 or 6. Everything the Apple Watch requires from GPS or Internet is provided by the iPhone, which apparently improves the battery life. This might seem trivial now, since every smart watch available at the moment has this same requirement; but the Samsung Gear S, which was unveiled in Berlin recently and is set for release shortly after Apple Watch, will come with its own SIM Card to remove this dependence. When you take into account everything that both devices offer and had to sacrifice, only time will tell how damaging this exclusion will be.

The Apple Watch also drew criticism from some who claimed it could not be used by Left Handers. As has since been found however, the watch does have a left-handed mode, and the crown does flip the User Interface around; so "Mollydookers" need not despair!

The only competitor that is markedly comparable to the Apple Watch at present seems to be the Samsung Gear 2, however Samsung will be releasing the latest version of the Gear - the Gear S - very soon. For the sake of the argument, we'll only compare the latest from Apple with the latest from Samsung, keeping in mind that both will become available to buy around about the same time, and both are keeping very mum about the finer details.

The Samsung Galaxy S has a 2" (51mm) curved AMOLED screen, a dual core 1.0GHz processor with 512MB of RAM and 4GB of internal memory, and comes with WiFi, BlueTooth and USB 2.0 connectivity. Compared to the Apple Watch, with a screen that is 42mm or 38mm (give or take a millimetre) and an industry first computer-on-a-chip. Processor speed, RAM and internal memory are not mentioned anywhere yet, but the S1 chip in the Apple Watch is said to be comparable to the new A8 chip in the iPhone 6.

Both smart watches come with a heart-rate sensor, and accelerometer. The Samsung Gear S kicks it up a notch by also coming with a gyroscope, a compass, light and UV sensors and a barometer (for when you're outside and want to know if a storm is coming).

Both smart watches go at lengths to show how customisable their device is, allowing you to change this part and that part to suit your style. On both, you can change the band of the watch, the clock face, probably even more. So no real notable differences on that front.

The only notable exclusion with the Samsung Gear S is an Apple Pay equivalent, but it is safe to assume that there'll be an app for that soon enough.

It seems that what the Apple Watch lacks, the Samsung Gear S makes up for; and what the Samsung Gear S lacks, the Apple Watch makes up for. The final decision is really going to come down to what smart phone you already use (or are willing to change to). Despite being able to use the Samsung Gear S on the go without needing to be within cooee of your phone, chances are that you're going to have your phone with you most times anyway to cover the gap between what the phone provides and what the watch doesn't (games, apps, video, etc). But it would be nice to duck out for a walk or a run without needing to have your phone strapped to you somewhere.

Having said all of this, rumour has it that Microsoft are working on their own smart watch, that will be compatible with Windows, Android and Apple devices, just to make the choice even more difficult.

What are your thoughts? Watch the (very impressive) films of the Apple Watch. Let me know if you found it just as difficult to not be swept up in the awe. What is your first impression of the Apple Watch? Does it compare to the Samsung Gear? Let us know on the iASP Central Facebook Page, or Get in Touch.